Connecting to Exchange Online with MFA

A portable script to help you connect to Exchange online, if you have MFA enabled 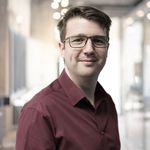 The run once tool installs some files into your Local AppData folder but also puts a shortcut in your start menu called “Microsoft Exchange Online Powershell Module.” Click on this, and a PowerShell window opens with some helpful text on how to use it. To get started run the command in the screenshot below with your UPN and depending on your configuration and device it might connect you with no credentials needed or prompt for a password and MFA token.

Using the script without the start menu shortcut

All the above might be great for doing the odd ticket and random tasks, but you can’t automate this or use this for testing in an ISE and who wants to click a start menu item when you’re already in PowerShell. The below line will help with it; this searches your Local App Data for the script and pops the folder into a variable.

Then you can simply call the script using the the below

ProTip: Watch out the first two lines of the script as it changes your location to your userprofile.

Skip to the workflow without knowing know the things I tried.

It now gets tricky just copying the files from Local App Data doesn’t work, the write-host works but some of the commands don’t import correctly. These are some of the things I tried and failed

Finally, I gave up on the module idea as if it was meant to be one, Microsoft would have deployed it that way. I went back to the drawing board and tried importing the script as a module with the force flag. This shouldn’t be the issue as each test I removed the module or opened a new PS session, but it worked so there must be more logic I am missing. I have tried this on some machines, and it consistently works so sticking with the force flag.

The workflow to make this portable is below.

The whole reason for me looking into this script is it’s a part of a larger script, including Exchange on-prem and other online services. When connecting to Exchange Online and Exchange on Prem the command get-mailbox isn’t clear which environment the mailbox is from, and the two will conflict. I could take the easy route and have Get-Mailbox be Online, and Get-OnPremMailbox to be the different one. My issue with this is it’s not clear enough which is which. As we now have this away from the click once installer we can edit the script without fear of it updating.

The line in the script you need to update is as of today the line 301 but do a search for $PSSessionModuleInfo, and you will find the Import-PSSession you are after. Feel free to use your Prefix of choice, but an example of mine is below.

This was a longer task than I first thought and frustrating as the best practice for scripts is to provide a module, but Microsoft’s Exchange team have always been a bit different. I was able to roll this into my larger script and carry on my workload without removing MFA just would have been easier if there was a consistent approach to remote PS sessions from Microsoft.